skip to main | skip to sidebar

Spring!...and a trip to Berlin


Before you ask - yes, we do have snow left.
Still spring.
Wonderful!!!


We have had two wonderful weekends in a row, with sun and two-digit temperatures (speaking Centigrades!)
Unfortunately there was some more snowfall in the week between, otherwise I believe we would have been almost bare now.

I was in Berlin during the week, and as a consequence Fame had had two days off when I saddled her up on Saturday.
I felt we both needed a workout, so we headed up the mountainside for some intervall training.
Fame did not much bother with the intervalls.
She just found that gear marked "Maximum  speed" and took off.
I had to pick her up in the curves as I definitely did not want her to lose her footing at that speed, but otherwise I let her go.
It was a wonderful spring day, and we needed to air out the winter both of us. 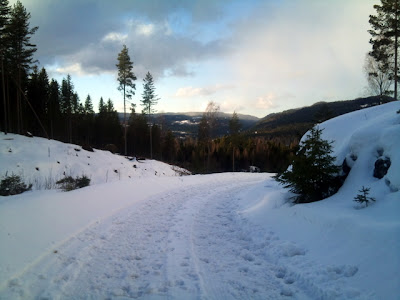 I took her down to regain her breath a couple of times, but she did not take much time and was eager to go. I concluded that she is in a good shape, which is nice as we have the winter season behind us. 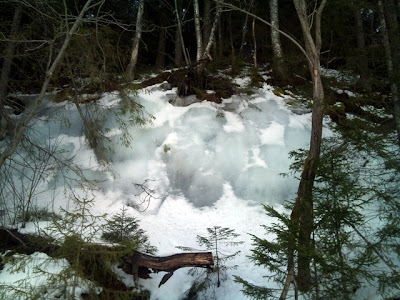 Saw some wonderful ice formations on the way down.
Unfortunately the camera does not do the colours justice, they were lovely opaque blue-green-grey in reality.
Made me think of the scene from the Lord of Rings when Frodo, Sam and Gollum is climbing up the mountain stairs to Mordor and the Nine Ringlords leave the ancient castle (which had this kind of colour). 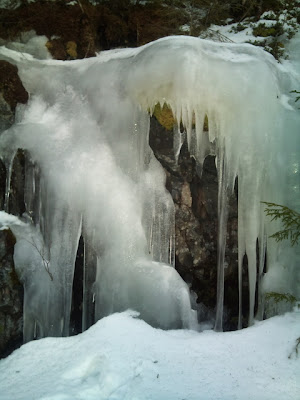 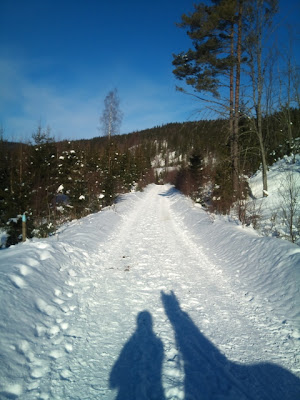 This week I was in Berlin for a conference with my work.
I will leave you with some pictures:

wonderful! this is a great summary of berlin. more than any place i've been in germany, berlin insists on being a city of memory (and regret). i love it because this is how it should be. NEVER FORGET is a big sign i saw on my first visit, and the gedachtnis kirche (the broken church that stands in memory) was shocking for me.

thanks so much for this tour of berlin for people who've never seen it.

Thanks for the photos from your ride (lovely in the snow) and from Berlin. I'd like to see one of those 7-man bicycles!

Thanks for the tour of Berlin. Interesting city. I've got to get to Germany one of these days, my grandparents immigrated from there in the 1920's. So I've heard a lot about it but never seen it. Thanks again.

Fame looks wonderful. Glad you're getting spring and some beautiful rides in.

Loved the story about Fame finding that maximum speed gear. On the snowy road no less. I'm not used to snow--I would have feared slippage (!)

Loved all the photos.

Glad that Fame is on form!
Great tour of Berlin, it's 15 years since I was there last, very happy to be reminded by your super photos.

Thanks for the tour! I am old enough to remember the news reports as the wall was being torn down. Gives me chills even now remembering. Lovely photos of your ride, those ice formations are amazing.

Lytha - thank you.
This was my first trip to Berlin, but I still have a vivid memory of driving through West-Germany in summer 1990 with all those Trabis on the motorway.
It was wonderful to see, and the sense of once again having a free Europe was fantastic. I cannot believe it is over 20 years ago.

Imel - thank you. Yes, the bikes were quirky, I have not seen any of them before!

GHM - I hope you do take that trip. There are so many beautiful areas in Germany. Old cities and villages too. Thanks for your kind comments.

Laura - she has studs in her shoes, but there is always a risk. Not so much if you have snow underfoot, but at this time of the year it thaws during the day, and freezes during the night, and you can get icy spots. Those are a bit tricky.
Still, the footing was good so we had a bit of fun ;-)

Dom and Trudi - thank you.

Odyssey - yes, it does give you a chill, doesn't it? The wall and the Eastern block was a very tangible threat and part of my world when I grew up. I am very grateful that it was possible to free those countries without more violence than it took. Thank you, Mikhail Gorbachev.
Then we got the Balkan war instead. Horrible.

what a beautiful experience you must have had in Berlin, I want to go there next summer and I want to go to see some German horses and perhaps even buy one, but I have to figure out how to take it to my home, it would be expensive.

What a nice pict.
really inspiring

Thanks for the beautiful photos

What a nice pict.
really inspiring

Thanks for the beautiful photos

This is a nice explanation coz i have never come to Berlin and i read your article expland me about Berlin. Thanks

There is a wide range of Equestrian riding boots available at Vision Saddlery. Their boots are very comfortable. The best quality boots have a small tread and a heel which is almost one

Welcome to my blog

Please feel free to participate by leaving comments or suggestions!

Can it be said better?

"Feeling down?
Saddle up."
(author unknown)

HorseOfCourse
This blog is mainly about my horse life. As a birthday present when I turned 6 yo I wished for, and got, a riding lesson. Have no idea why; none of my parents were into horses. But I was bitten by the bug. 43 years later I am still a horse person, and luckily my husband and daughter are too. Now we are owned by 2 horses and two cats. We live in a woodland area outside Oslo, Norway, where we at wintertime have to fight our way between moose and ski-nitwits. Welcome to my world! 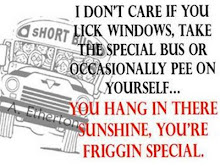 Advocate for the horse! Put this symbol on your sidebar.

Simply the best, and knows it too. (Yeah, yeah, I know. I have a totally blind spot here.) Electric Fame, 8 yo sports pony mare after Power Boy. How it started? Click the pic.

The eternal optimist. Carrots anyone? MacGyver aka Charlie, sold in 2011 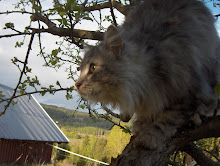 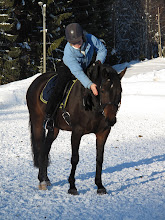 "Winning the horse's trust and relaxation takes the greatest patience and self-discipline, a lesson that riders can learn only if they are made aware of the necessity of learning it"
Walter Zettl

Old minds are like old horses; you must exercise them if you wish to keep them in working order.
(John Adams)

And the time is 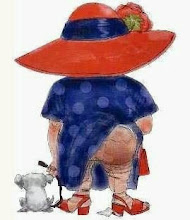